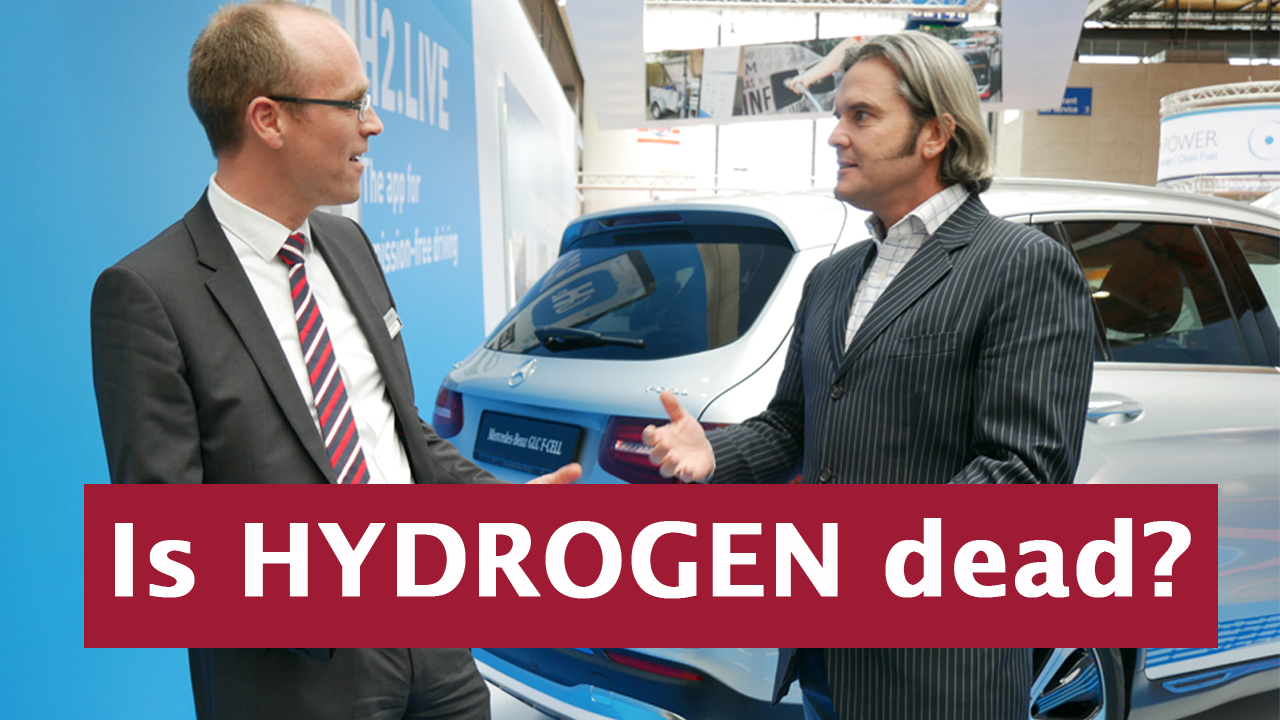 Recently, the famous German newspaper “Sueddeutsche” had a headline saying “Fuel cells are a waste of billions for automakers”. I don’t know if that is the perfect translation, but you get the message. They quoted the heads of development of Daimler, BMW and Audi. Good sources, one should think. Those guys know what the future will be like.

That article was rubbish. Of course, one thing is true: the investments in battery factories are much, much bigger than those in hydrogen. Yes. Correct. But is everything else a “waste of billions”?

Let’s start with the logic: if something is a “waste of billions”, then one must have invested billions before, right?

So, did BMW invest more than a billion into fuel cells? Never ever. Of course, I don’t know the numbers in detail, but that was never ever a billion.

Did Audi invest more than a billion? No way. Of course, the whole Volkswagen Group has done something. But a billion? That's a lot of money…

Daimler is different. They have been working on that topic for more than 20 years and invested massive sums. I have no idea why they are backing down now.

Toyota says: “We know that it will take another 20 years to get into the high volumes. That was the same with the Prius. But we’ll do it anyway since we want to be on top in 20 years as well.”

Two weeks ago I met with Craig Knight, Co-Founder of Horizon Fuel Cells, from Australia. I told him about the situation in Germany and that newspaper headline. He was shocked: “We see some sort of gold rush in China. There are big tenders out there – the biggest ever. We are building several factories. And the Germans think it’s not going to happen. Crazy.”

I know it sounds reasonable to ask the heads of development of the three largest automakers in Germany about the future. But do you remember the heads of development of Nokia, Sony-Ericsson or Palm? Nobody does. I think they gave similar interviews on the future of smartphones, apps and touchscreens some 15 years ago. Now they live in Siberia in wooden huts far away from civilization (at least that’s what I would imagine… 😉 ).

The powertrain will be delivered by a small unknown German family business. I think, they are called “Bosch” or something like that. No worries if you don’t know them. Not a big player in the automotive industry. And probably they are doing it for charity… No, wait a minute: maybe it could be a business? Maybe they can earn money delivering the powertrain for thousands of trucks? I don’t know. But I find it amazing that a single company has an order book worth 8 billion and those who have invested in the knowledge for decades say “It’s not going to happen.”

Long story short: At the Hannover Fair, I have produced four videos for our Youtube Channel:

1. My three highlights: HERE (in German)

2. Finally, I was able to test the new Hyundai fuel cell vehicle. Here are my impressions: HERE (in German)

3. Interview with Jacob Krogsgaard from NEL. He has just completed 100,000 km with his Toyota Mirai. That’s a hell of a lot! Jacob told me about his experience: HERE (in English)

4. Interview with Craig Knight from Horizon Fuel Cells on the gold rush in China: HERE

With these four videos, I officially start my second career as a Youtuber. 🙂 I have just had a look: The famous German Youtuber Bibi has published a video called “Blind shopping in XXL candy shop” last week. It has some 900,000 views now. We’ll see if my videos on fuel cell vehicles can achieve the same. ;-)))

And no, just in case my second career as a Youtuber does not work as expected: No worries. Life goes on. 🙂

Have a nice day.